I was about to start work on another song for February Album Writing Month when I noticed that my chromatic harmonica was buzzing badly on one hole. When this happens on a regular blues harmonica, it’s usually just a tiny piece of dirt stuck in a reed. Nine times out of ten you can fix it very quickly.

They’re also harder to play, so most chromatics include small valves, or “windsavers,” that block off the reeds you aren’t playing. They’re basically just small strips of plastic that get sucked or blown against the reed plate to block off, say, the blow reed when you are playing a draw note.

These valves get stuck sometimes, or damaged. They’re very delicate, and the slightest rip or tear, or even bend, in them, will affect your playing. The buzzing usually indicates a dirty or stuck valve.

Thanks to Winslow Yerxa’s excellent tutorial, I was able to clean them properly without damaging them. I took a few photos to illustrate the process. 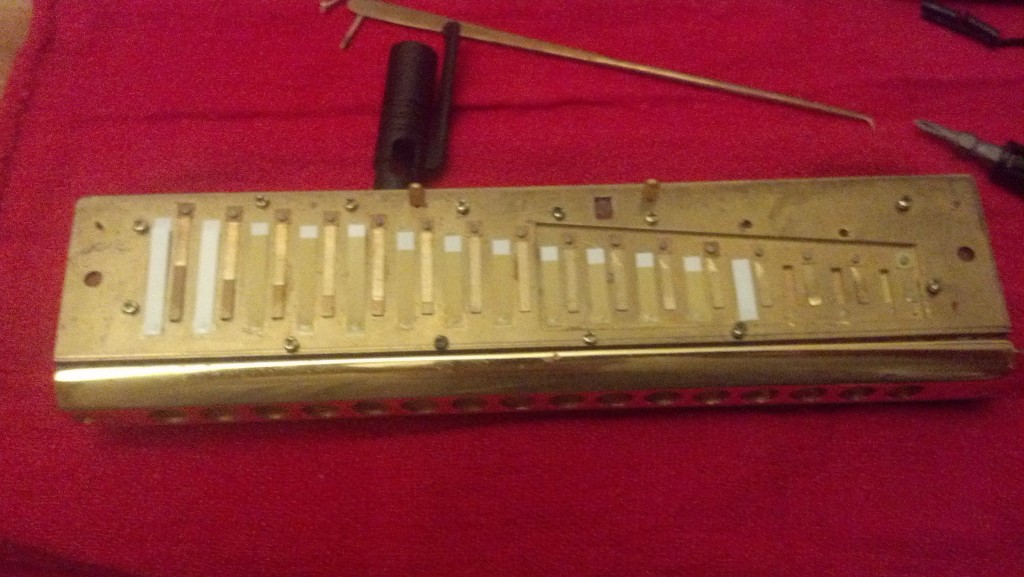 Here’s the chromatic with its cover plates removed. The next step is to remove the reed plate from the comb; there are fifteen small screws to be removed around the perimeter of the plate. 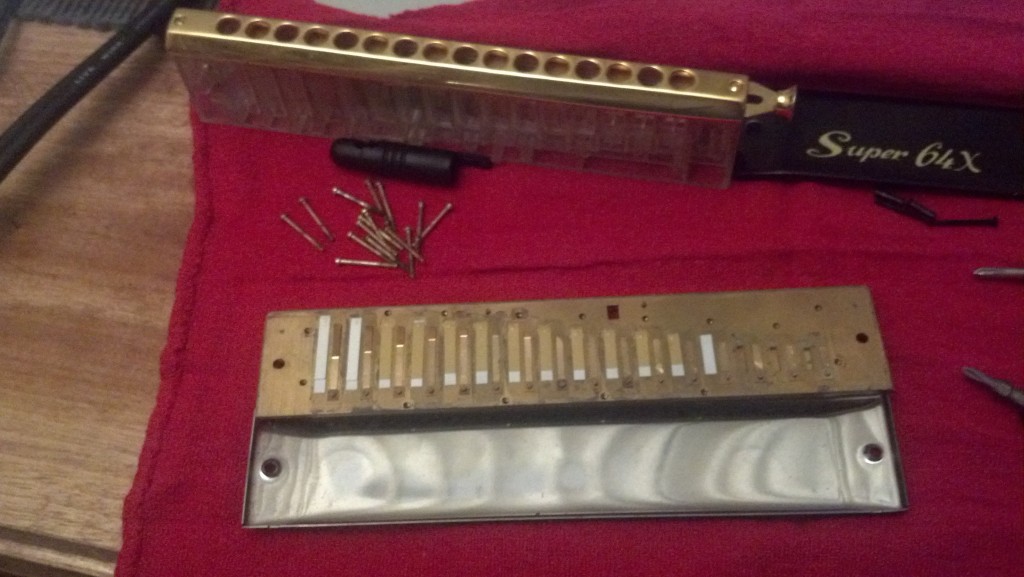 The reed plate has now been removed from the comb, and is resting on the lower cover plate. You must be very careful not to damage the reeds and valves on the other side of the plate while working. 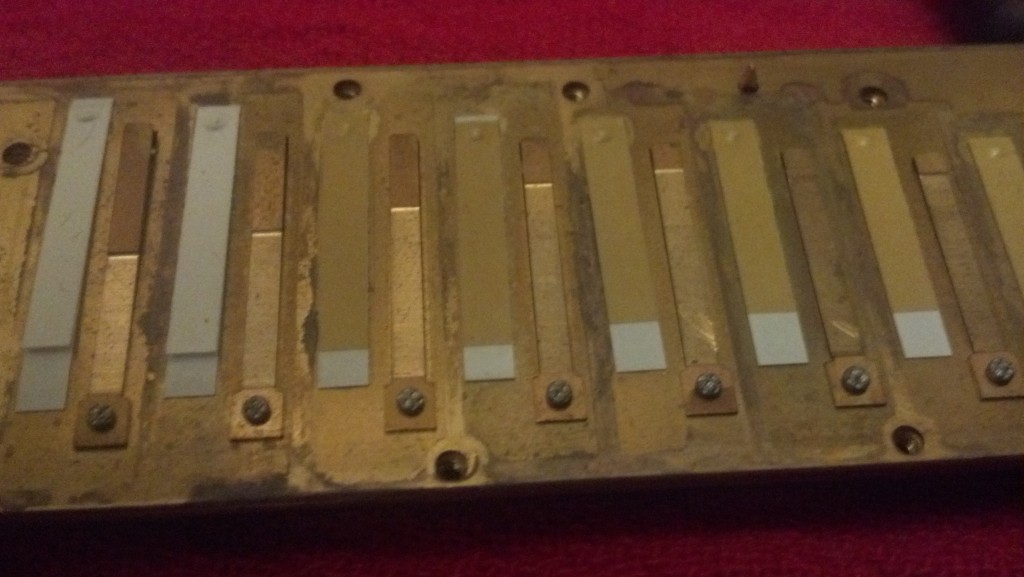 Closeup of the valves and reeds. The reeds are the brass strips with the rivets, and the valves are the brown-and-white strips next to them. There are two reeds for each hole in the harmonica; you see here the pairs for seven holes.

The cleaning process Winslow describes works perfectly; read his post for the detailed description. You basically use a bit of cleaning material (he suggests a piece of brown paper bag, cut to just slightly larger than the valve, dipped in water) to clean between the valve and the plate, and between the two layers of the valve (the white layer, which is soft and adheres to the plate, and the beige layer, which is stiffer and serves as a spring to return the valve to position after it operates).

This entry was posted in Gear, Music. Bookmark the permalink.