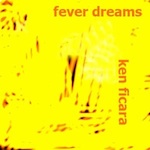 I celebrated the New Year in bed with a nasty fever, the kind where you sometimes feel well enough to watch TV (or streaming Netflix, in my case), and sometimes just lie there dozing and having bizarre dreams. The soundtrack for the latter parts was some newly downloaded FrippertronicsThe new Frippertronics recordings, all purchased from DGM Live:

(“that musical experience which results at the intersection of Robert Fripp and a small and appropriate level of technology,”The definition of “Frippertronics” is from Jim Price’s outstanding 1979 interview with Fripp. to wit, a Les Paul and two looped tape recorders), and Fripp’s loops wound in and out of ears and my head and my dreams.

Today was the first day I felt well enough to get up and be productive, so naturally the first thing I did was pull out the looping equipment. I started off doing some simple percussion, tapping the harp on the mic, but processing it through a modulated delay, and looping it. Modulation is a wonderful thing and it can occupy one for quite a while. Especially if one is still not quite all there.

Eventually I stopped tapping the harp and started playing it. Jammed straight ahead for a while over the looped percussion. Looped that. Used a variety of other delays, turning the “do weird things” knob up to 11.OK, there is in fact no such knob. But the Timefactor does have a “Xnob.”

I played the percussion at double-speed against itself. I slowed it down. Layered loops and started letting them decay. Out this mess some kind of melody theme showed up. I looped it, double-timed the loop, then half-timed the loop, and let all of those go against each other. Finally remembered to fade down the double-time percussion loop I’d left running for the whole time.

Out of the resulting 38-minute recording, I excerpted about 15 minutes of interesting music, and the result is a little EP I’m calling Fever Dreams. It’s free, my New Year gift to you all. Perhaps it can add something special to your next hallucinatory day in bed.

This entry was posted in Harmonitronica, Music, Uncategorized. Bookmark the permalink.